It took me on a journey of pure humor even in the midst of a crime. I enjoyed the level of familiarity with the performances and their ability to string me along during the entire viewing process. It also highlights certain things that continually bug our society. The movie is purely satisfying.

Different people, different lives, different troubles yet a situation links them and brings all to a unifying end. A corrupt governor is held hostage for a tremendous ransom and faces the possibility of being killed, his abduction being ordered by his biological son. Two police women face trial in regards to the governor’s disappearance, despite their glaring innocence. Two financially unstable friends who try to hustle their way around the city in order to make ends meet find themselves tangled in a war involving dirty politics, criminality and death.

The policewomen are hired as undercover security for the governor who needs protection while he attends a meeting, after which he excuses himself to enjoy the pleasures of a waitress. They tried to keep up with him but the governor commands them to stay put, and in the process he is abducted. The policewomen fail to rescue him despite their best efforts but were early enough to watch the boot of the car speed off into the dark. The corrupt politician who diverts public funds to private companies in order to bag a percent on profits is offered his freedom in exchange for an exorbitant amount of money, which to the surprise of his hired abductors, he lacks. He is held hostage and moved across the city as the hirer, his son, continues to instruct them on what to do with his father. Two unusual combination of friends, one a rascal who is street smart and the other a proper gentleman who wants to follow rules and protocols try to make ends meet due to their failure to keep jobs in the messed-up country. Unknown to him, the rascal steals a car and convinces him to offer cab services to passengers. One of the abductors flags them down and takes them to a location to pick the partner in crime. After they temporarily alight, the rascal notices a huge amount of cash in their passenger’s luggage. He orders his friend to drive off as he count it as divine providence after all their hardship. They hear heavy thuds from the car boot, when they stop to check the cause of such repeated noise it dawns on them the level of mess, they’ve gotten themselves into. As usual, the rascal finds a way to turn the situation around to favor them. A clash of interests and danger catches up with them but it is surprising how they survive unscathed.

All actors clearly understood the assignment, from delivering humor to the action it was top notch. Without much ado, I’m giving a standing ovation to Broda Shaggi because he was immaculate. He takes a lead role playing Buta, he proves to us that he isn’t limited to comedy skits alone meanwhile bringing his comical authenticity and originality of his character which made me internally shout for joy. He is the comedian in this film . As for swanky JKA who performs as another lead character, Chinedu, throws me off balance more than once. I noticed the constant switch in speech mannerism and it was off-putting. It’s necessary that when viewers watch your performance, they soon enough forget that it’s a performance. Swanky JKA wasn’t capable of keeping me in that trance and it just felt off the edge. The silence of Mary Chukwuma almost throughout the movie helps put on an ounce of mystery to the movie because even in her silence we still feel her presence. It takes a good performer to achieve that effect. All other performers regardless of the role all do a very good job to say the least.

The lighting of this movie is very commendable because even in scenes which were shot in the dark, I could still make out the characters as they performed. Also, most characters were mostly in focus during their performance which helps to keep my attention on them instead of the environment or setting. Undoubtedly, there were some flaws in the dialogue. Some recurring refrains made it seem like a hard try to include pop culture into the movie. This took the fun right out of the viewing experience.

This movie clearly pinpoints the corrupt practices of those in power. It highlights their personality traits and their ability to make false promises on the spot in order to get their way, even if it requires the highest form of manipulation, lies and deceit. It also enlightens us about how the people at the bottom are constantly trampled upon, and in the same vein equally charged with the responsibility of cleaning up the messes of those at the top, completely disregarding whether their lives are ruined in the process. A dicey topic that should be addressed more often than not as it’s a common practice in our country. The movie also shows how the ones you love and trust could sometimes be the first to push you off the edge into your imminent downfall. It is sad but it is the harsh reality of life.

Kayode Kasum is another director who has become prominent in the Nollywood industry. He directed Sugar Rush, Quam’s Money, and Kambili. He has since been relevant in the field. I couldn’t help but notice how there were striking similarities in other movies he has directed. The chase for money occurred in sugar rush and some other elements that are in ponzi can also be found in dwindle. Seeing these recurring elements work after work is seemingly exhausting, as I expect some level of variation. All in all, I must say he did a good job directing the cast in bringing out their assigned roles.

I undoubtedly had a really good laugh; the comedy didn’t feel forced or unnatural. In as much as there is dialogue and a script to follow, I like that the actors were allowed to be their most authentic selves and that made it even more enjoyable. I would rate this movie a 7 out of 10. You are in for a good show. 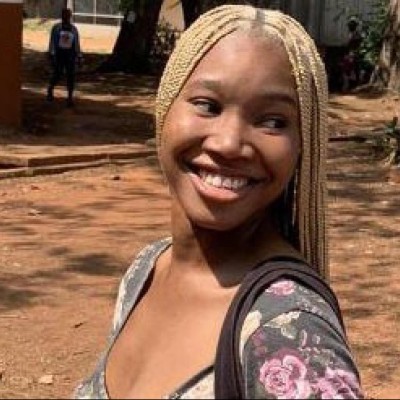 a writer than understands the assignment and needs of their readers. a very captivating write. i am most definitely interested in seeing this movie.